NEU Journal of Architecture Faculty (NEUJAF) is an international refereed biannual scientific publication released by Near East University (NEU). Faculty of Architecture is the hosting institution of the journal. NEU-JAF publishes original scientific articles in the context of architecture, interior architecture, urban planning and design, landscape planning and design, as well as history, sociology, art history, ecology, geography, archeology and semiotics for the analysis of the concept of city.

Originality and plagiarism
A similarity report accompanied by a Turnitin or iThenticate program for unethical cases and plagiarism should also be submitted with the manuscript. The similarity rate must be below 20% in total.

Visual materials such as pictures, photographs, plans, maps, drawings, graphics should be submitted as separate files as ‘tiff’ or ‘jpeg’. The horizontal edge of the pictures should be atleast 10 cm and their resolution should be at least ‘300 dpi’, in other words the short side should be at least 1200 pixel.

Evaluation of the Manuscripts
Firstly, the compliance of the manuscript with the formating requirements will be checked. Manuscripts which do not obey the formatting requirements of the journal, are not sent to the referee; it is sent back for the necessary corrections. Finally, after the review process, a positive or negative desicion is given for publication.

References
APA 6.0 Style rules must be used for formatting, references and citations.

Right to Publish
Any part of an article published in the journal cannot be printed in another journal conference or event. 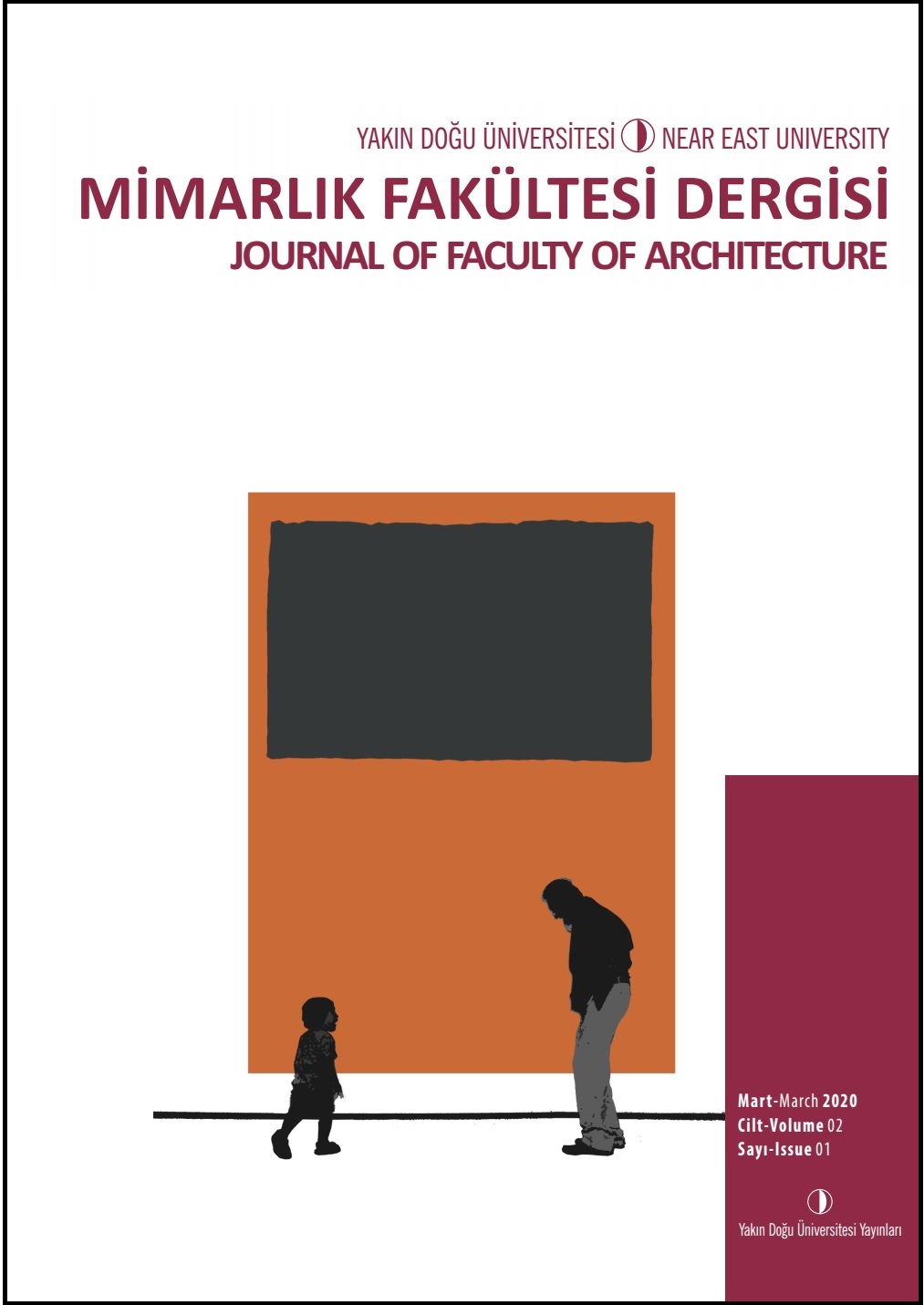